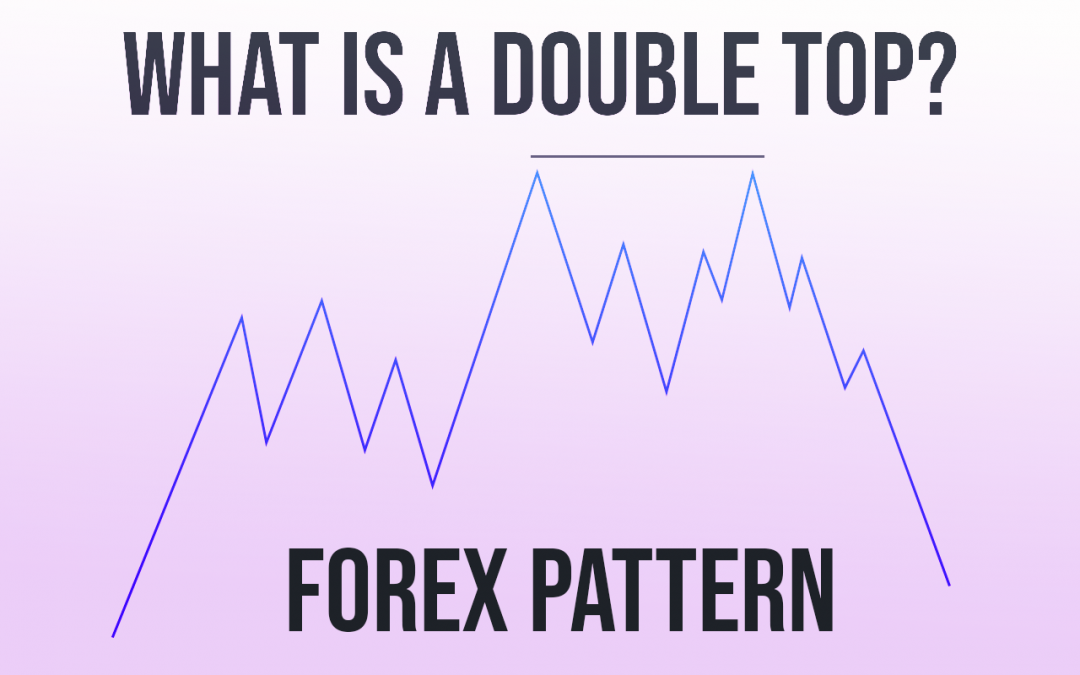 What Is A Double Top In Forex

A double top pattern is a reversal pattern that is typically used among forex traders to catch short-sell positions. You’ll find this particular pattern used in retail trading in both the higher timeframes as well as the lower timeframes. The double top pattern can be quite powerful as a reversal pattern to trade in the forex market because it can give you the opportunity to short from a strong level of supply and can sometimes allow you to get into a position that will really run.

Alternatively, you can also use the double top pattern as a confluence to start looking for continuation short entries if you miss the initial move in the market. The truth is that the double top pattern is a bit of a double-edged sword (no pun intended) because while it makes for a great retail pattern, you’ll often notice that price will either grab liquidity above the first top, or you may get into a low-quality position by entering at the breakout.

In this article we’re going to give you everything you need to know to approach the double top pattern from a traditional retail trader’s perspective, then give our own perspective on it as supply and demand traders so you can still utilize this pattern in your trading.

How To Use Double Top Patterns In Forex

Considering that the double top pattern is quite commonly used among retail traders, there are two main approaches to using them as a trader. Either you can play shorts as the second top is forming (which we’d consider riskier), or you can look to play the breakout.

The only problem with playing the breakout is that it comes with its own set of risks including being swept out of your position because you’ll be joining in with shorts late to the party, less profit potential, and finally the risk that demand ends up holding.

As shown in the diagram above, the riskier but higher potential reward method of entering a double top pattern in the forex market is to simply try to enter using a market order once price starts to retest the previous high, as the second top is forming.

Alternatively, you can also look to enter when price retests the two tops at the third retest if price retaces back, but the risk of both of these methods of entering is that price will simply sweep liquidity from above the high(s) and take you out of your position, so extreme caution must be used here.

The other method you can use to play the double top pattern is to simply play the breakout, similar to the way you would in a head and shoulders pattern, by either entering with either a stop limit sell order, or entering using a market execution order. This method of entering has slightly less risk than the aforementioned method of getting into the trade, but has it’s own risk of being swept out if prices retrace enough to hit your stop loss level before continuing down.

We still prefer this method of entering over the first method because at least orderflow (internal market structure), and potentially swing structure is on your side. Price has already shown signs that it’s starting to fall, so you’re not trying to catch a reversal, but rather, a continuation trade setup.

The Problem With Using The Double Top Pattern 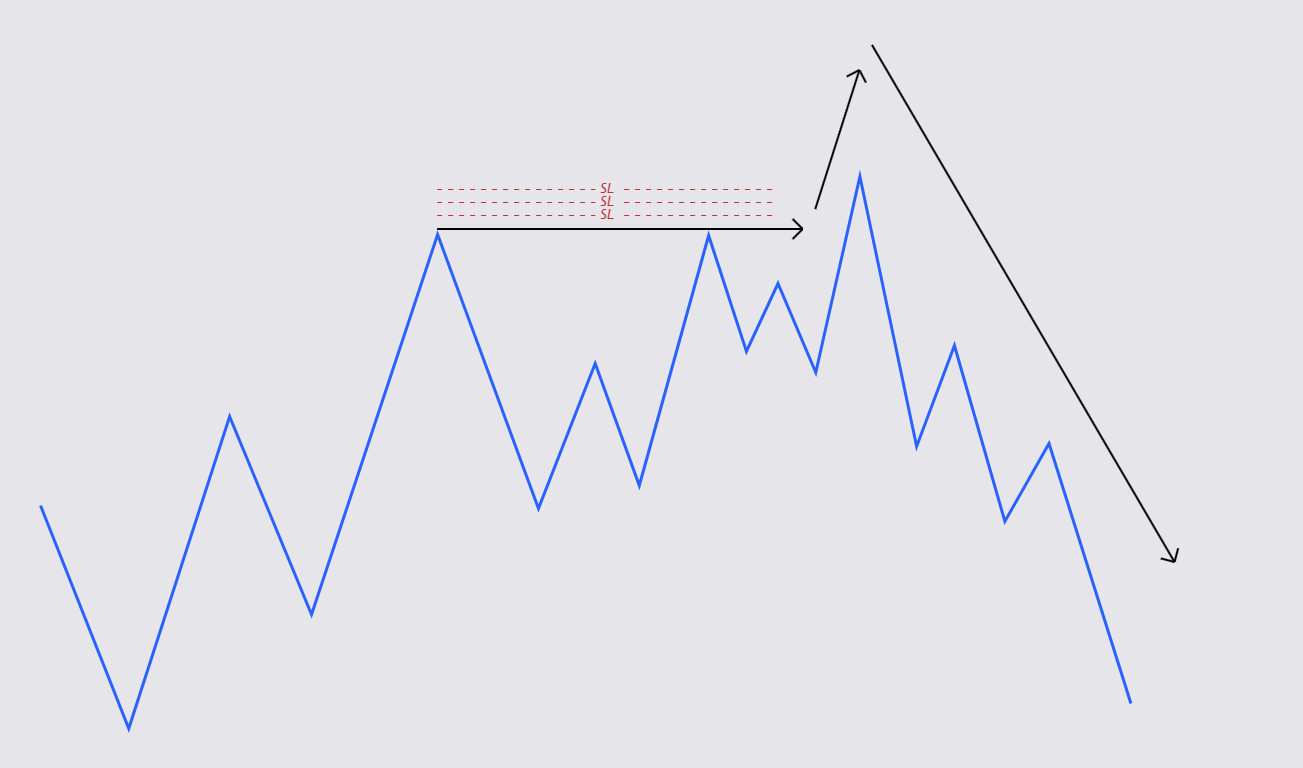 The biggest problem with this retail forex pattern is simply that price will tend to grab liquidity above highs where there is liquidity sitting. Imagine, all of the people who shorted from the previous high would’ve left their stop losses either at the high or slightly above it, meaning that if institutions want to build a short position (or offload a long position) in the market, they’re going to go after resting orders sitting above those highs in the form of stop losses (buy orders).

Additionally, there are also likely stop-limit buy orders sitting above the highs as breakout traders are looking to get into a potential bullish breakout!

How To Use Double Top Patterns As An SMC Trader 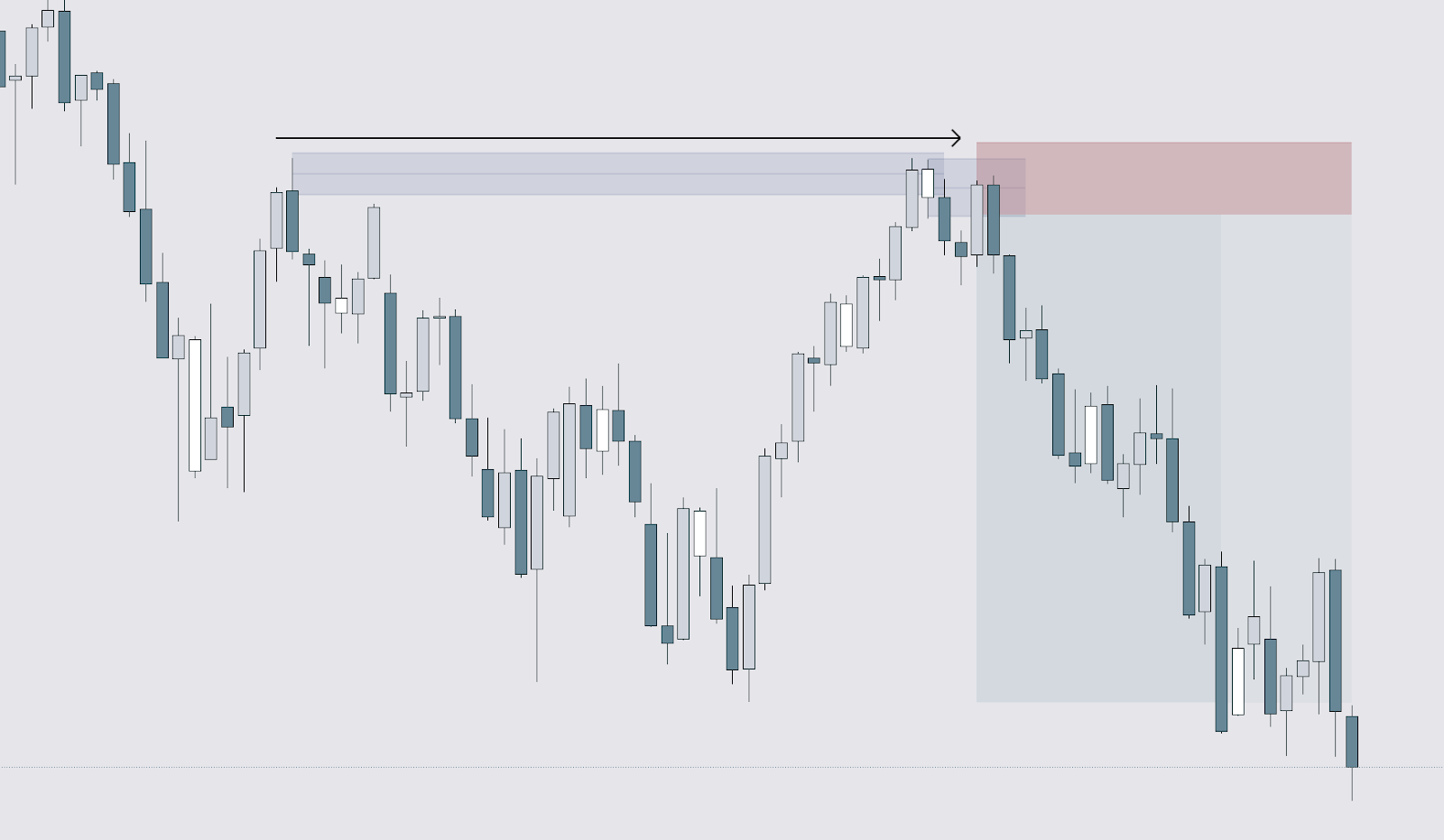 This leads us to our next point. As smart money concept traders who are looking to avoid taking losses by understanding price manipulation in the forex market, we often tend to shy away from taking trades when there are clear equal highs in a market.

As opposed to trying to take short positions (sells) in the market at a “resistance level”, we’re waiting until the highs are swept, then we’re looking to enter the market after price has been manipulated by the banks and financial institutions.

So how do we captialize on a double top pattern in the forex market? It’s simple, we wait until price shows it’s either clearly respecting a previous high, then look for continuation short sell positions, or we wait until the liquidity above the highs are swept before we start looking for shorts.

Alternatively, we may even see a double top that forms in a bullish market, and if we’re expecting price to continue bullish based on our analysis, we may even look at a the double top as liquidity to target (or to fuel the move), and take long positions much like a breakout trader would.

At the end of the day, the double top pattern isn’t an inherently good or bad pattern to use as a trader, but rather it depends on how you approach the information being given to you by the market. Being proficient as a supply and demand trader requires an understanding of the market far beyond just looking for patterns, plus the ability to be flexible in your bias of the market. This is important when trying to become a funded trader because you’ll need to be okay with taking losses and be ready to switch your bias around if it makes sense to, so you can captialize on moves in the market consistently. 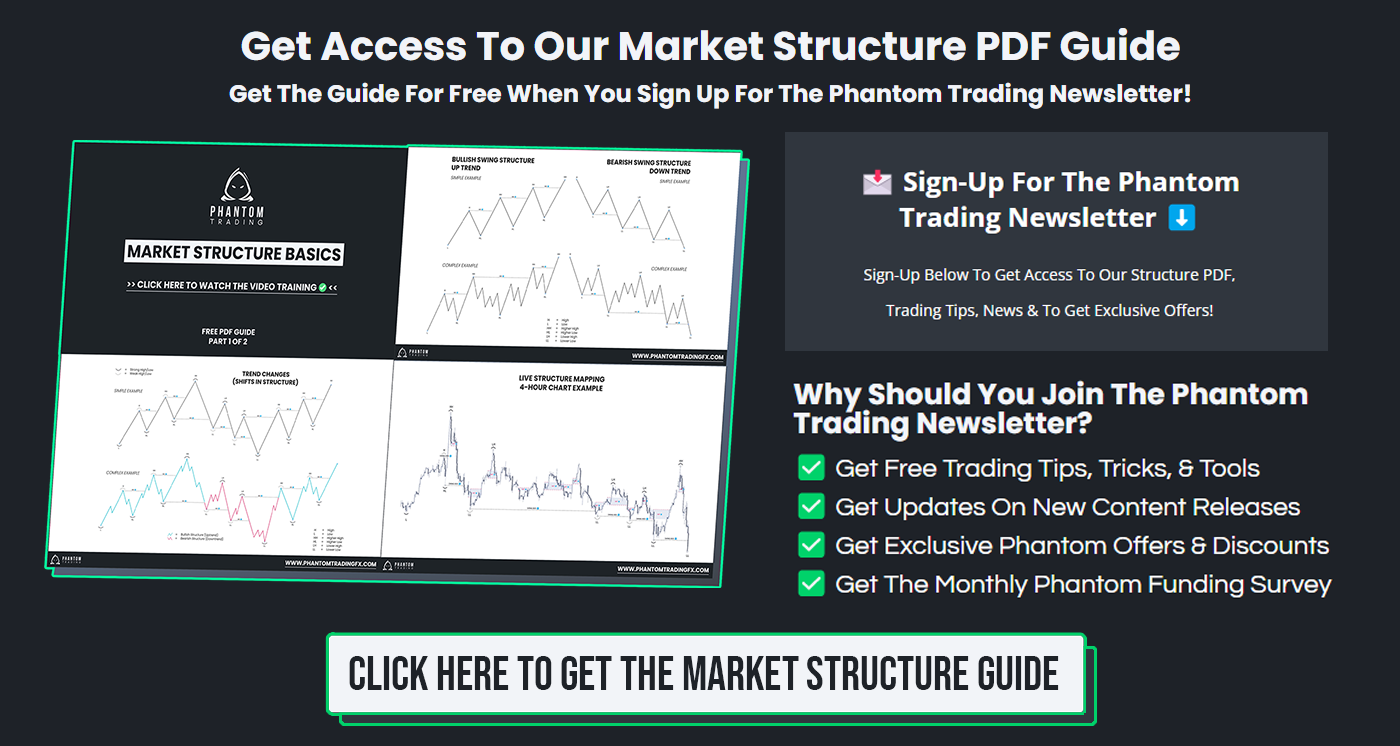 Looking To Learn Market Structure & Get Consistently Profitable In The Forex Market?

Click here to join Phantom Trading and get exclusive access to our global trading community filled with like minded traders, plus learn from our team of funded traders with a combined 50+ years of trading experience featuring the founders Wyse & Warner who have institutional experience and experience with trading private capital, plus our team members who have over $1.5 million in funding through prop-firms combined!

Robert is a funded trader based out of Toronto, Canada, and has been trading currencies, commodities, stocks, and cryptocurrencies for over 7 years. Outside of trading he enjoys producing music, mixed martial arts, and riding his motorcycle in the summer.